Brendon Raw is a South Africa-based software developer based, IT developer and investor in the Energy Technology, Property and Digital Media spaces. After completing a BCom in IT systems from Durban University, Mr Raw moved to London, where at the age of 24 he became lead developer for one of the hottest internet companies of its day – excite@home. He moved on to become BP’s leading application developer, where he created a number of mission-critical commodity trading systems that are still in use today. The attempts by BP to improve on his Access FrontEnd SQL backend system that largely ran the exposure of BP’s multi-billion dollar trading operation, failed as part of a $100 million project. He wrote a full budget tracking system for the Royal Bank of Scotland's project office tracking hundreds of projects, with advanced reporting capabilities.

Brendon was a founding investor in Quirk e-Marketing, which was successfully sold to WPP, the world’s biggest advertising agency in 2012, at a price of R400 million. He is the IT driving force behind Africa New Energies, along with Shakes Motsilili, where he has coded much of the algorithm that potentially triples the probability of finding Natural Gas at 1/10th of the cost of the competition. ANE looks like to be Brendon’s second successful exit, where an offer for $500 million (R6.5 billion) has been rejected. Other energy technology investments include the Prophecy system which at the time, created the world’s lowest cost solar irradiation monitor, enabling household microsystems to measure and forecast energy production for the first time. He has also created a smart energy metering system for Contour, a market leader in prepaid electricity in South Africa. 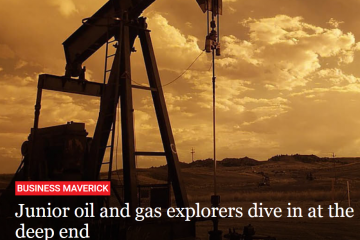 Alumni Energy Investments is backing six oil and gas exploration companies that will be looking to find hydrocarbon reserves onshore in South Africa. Recently, in October 2019, the exploration licences applications were accepted. The companies Read more…

The team at Alumni Energy Investments (AEI) have always wanted to attract a wide range of investors and not necessarily only those at the top end of the income spectrum. The reality is that while Read more… 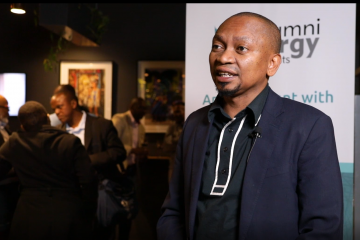 [WATCH] Learn more about who we are.

Alumni Energy Investments is an investment with big ambition and a big heart. WATCH to learn more.

We use cookies to ensure that we give you the best experience on our website. If you continue to use this site we will assume that you are happy with this.OkPrivacy policy